Belize is a small country located in Central America. It is bordered on the south and west by Guatemala, on the north by Mexico and on the east by the Caribbean Sea.  It is the only country in Central America with English as its official language. The abundance of terrestrial and marine species and its diversity of ecosystems give Belize a key place in the significant Mesoamerican Biological Corridor. Belize has over 400 tropical islands and 4 coral atolls, surrounded by pristine turquoise waters.

Belize is hosts the largest reef in the Northern Hemisphere. This Barrier Reef provides balance within the Mesoamerican marine system and, it is listed as a World Heritage site by UNESCO since 1996. It includes more than 100 species of corals, hundreds of fish species and an abundant variety of other marine life. The Belize Barrier Reef comprises seven key marine reserve zones, and includes over four hundred cays and three atolls. The reef’s crystal blue waters are a haven for its marine community and a famous exploratory region for scuba divers and snorkelers.

One of the main attractions in Belize is its islands. During the day you can enjoy snorkel or dive in one of the many snorkeling spots, near the Barrier Reef, relax on the beach, and explore the island and get to know the friendly locals; and at night you will can the night-life. The best islands to stay at with most hotel options are Ambergris Caye and Caye Caulker.

Another main destination in Belize it’s the southeast coast and its beautiful beaches. Placencia, Hopkins and Dangriga are old fishing villages with strong cultural pride. The must see of this region are the picturesque Hummingbird Highway, the jaguar preserve “Cockscomb Basin Wildlife Sanctuary”, the Mayflower Bocawina and the St. Herman’s Blue Hole.

The mainland in Belize is also a key destination; one of the main attractions is the Mountain Pine Ridge. A must see in Cayo district is Actun Tunichil Muknal Cave, also known as the ATM caves, located in the heart of the Tapir Mountain Nature reserve. It is one of the most impressive caves in the Mayan World.

The Mayan culture is also present in Belize. In the Northern Belize you will find sites like Lamanai in Orange Walk District, Cerros in Corozal District and Cacacol in Cayo District. Only a small percentage of Belize’s Mayan temples are uncovered. 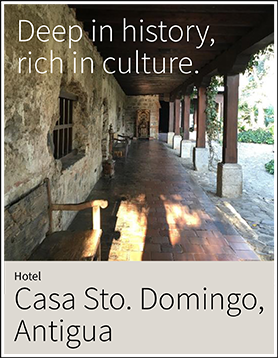